What is  Performance Guarantee Agreement?

How Does a Performance Bond Work in Construction?

Performance bonds are utilized all the time in the construction industry.  These bonds are used to help reduce the risk to the owner when it comes to building out the land.

So, let us first look at how these bonds work.  A performance bond is a type of surety bond, which is a three party contract.  The three parties are the owner (known as the obligee), the contractor (called the obligor) and the surety.  The surety provides a guarantee to the obligee that the obligor will perform according to the terms of the contract.

Let’s look at an example.  Assume that Paul Richman has purchased a piece of property in the outskirts of Chicago.  Paul has succeeded in getting permits to build an apartment complex on that land.  He has put out bids to get a contractor to build that apartment complex and awarded that bid to BigCo contracting.  Paul has never worked with Bigco, but is really under a time crunch and has tight financing and other deadlines for the project.  Bigco is confident that they can perform according to the terms of the contract, but Paul cannot feel so confident in Bigco’s capabilities.

So, Paul has required that the contractor get a surety bond.  Bigco has gone and contacted several sureties, like Zurich and AIG.  Zurich, one of the larger sureties companies (and a huge insurance company as well), has gone and given a guarantee to Paul that Bigco will finish the work timely and according to any other terms according to the terms of the contract.   Zurich feels confident that Bigco can perform per the contract, so is willing to provide that guarantee.

What about a Default?

In a typical situation, there can be up to three different bonds that are required in a construction contract.  First, there is a bid bond, which provides that if a company wins the contract that they will go ahead and sign the construction contract.  Second there is the contract bond (also known as a construction bond) that guarantees the performance of the agreement pursuant to the terms in the agreement.  Finally, there can be a maintenance bond, which guarantees that the work will hold up over time. 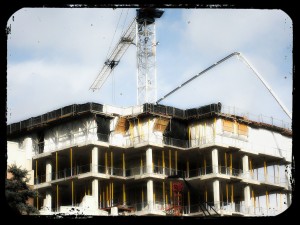 Strangely, many companies have traditionally thought that a bid bond is a just a formality in the bidding process.  Further, they believe that there is no liability whatsoever.  It is treated that, if they win the bid and do not want the work, they can simply decline.  But this is not how it works.

When your company enters into a bid bond agreement, it agrees that it will sign the contract if it wins the bid.  Further, it agrees that if it chooses not to go through with the work and perform according to the terms of the agreement, then it will pay the difference between its bid amount and the next lowest bidder’s amount.  Thus, the owner of the project will not have to pay any more than what your company bid.  What is worse, though, is if the process is re-bid and the second round of bids are substantially higher than the first round.  This bid could, then, be a very expensive process for your company.

That is not to say that it may not be in your best interests to decline a project just because of the bid bond rejection amount.  We have worked with several companies that have received much better projects than anticipated and, when that happens, happily pay the bid bond amount and go on with a project that has much higher margins. 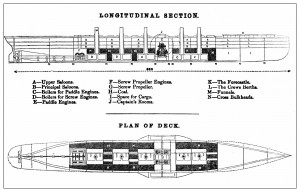 Given that there is real liability on the part of the surety, then care must be given to providing a bid bond.  The information that is normally obtained includes the last few years of financial information so that the surety bond company can be assured of repayment in case of default.  Further, they can dig in a bit to make sure that they will write a final bond (i.e., a construction contract bond) for the company once it actually does win the job.

Further, these bid bonds have a tendency to provide a fixed limit of liability on the part of the surety (this was a direct result of the re-bid process when the bids would come in much higher).  Thus, some sort of agreed-upon damages would be a part of this agreement (known as liquidated damages).

A construction contract typically has three bonds: 1) a bid bond; 2) a contract bond; and 3) a maintenance bond.   The bid bond process should not be seen as a mere formality, but really as the beginning of a relationship.  Thus, the normal underwriting process should be upheld.

Is obtaining a surety bond risky?  Surety bonds are a type of insurance that businesses can purchase to protect themselves...
Read More

How to Get a Surety Bond FAQs

How do you get a surety bond? The first thing that needs to be done in order to get a...
Read More

What Is A Surety Bond And What Does It Protect Against?

What is a surety bond and what does it protect against? Surety bonds are typically issued by banks, insurance companies,...
Read More

Why Is Payment Bond Important?

What is a payment bond? A payment bond is a type of surety bond that guarantees payment for services or...
Read More

How to define a payment bond? A payment bond is a type of security bonding that guarantees the payment of...
Read More

How Can I Purchase a Performance Bond in Texas?

Why This Is Important Most Bond Brokers Simply

Why This Is Important Many bond brokers simply promote bonds, we produce them. Under the Miller Act, which is still...
Read More

An In Depth Study Of The Importance

An In Depth Study Of the Importance of a Bid Bond There's economic risk pertaining to any type of service...
Read More

What You Need To Know Most Bond Brokers

What You Need To Know Most bond brokers just offer bonds, we create them. Your insurance policy guy need to...
Read More

A Deeper Look At How Long It

A Deeper Look At How Long It takes to Get a Bid Bond The Surety Bond Assistance Program supplies technological...
Read More